Janet worked within the NHS for thirty-three years in the community as a Practice Manager in a local Doctor’s surgery, and developed the skills and knowledge required for all aspects of running a practice. These skills have been vital to setting up the policies and procedures in the Torus Wellbeing Clinic.

Janet took early retirement in 2016 as she wanted to have time to enjoy all the other things going on in her life, family, grandchildren and to pursuit her passion for Reiki.  Janet has been a healer using the Reiki system of energy healing since 1997 and became a teacher in the early 2000’s of both Usui system and Angelic reiki. She is also qualified in Indian Head Massage, is an intuitive and psychic Tarot reader, runs meditation groups and does voluntary work for North Staffs Carers and for the Centre for Spiritual Growth and Healing.  More recently she has taken on the role of Finance Manager for the Craniosacral Therapy Association for the United Kingdom.

Janet said “It seems as though one door closes, the universe opens others and I am certainly really busy now, working with beautiful healing energy in a much satisfying way, whilst still utilising my “admin” skills in various places, I feel really honoured to be involved with Nicola in her wonderful new clinic and wish her and everyone who works in the Torus Wellbeing Clinic all the very best”. 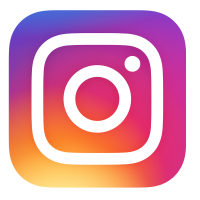 Good times made better and bad times forgotten due to the healing magic of friendship.

Love  is but the discovery of ourselves in others, and the delight in the recognition.

Torus is an energetic system that has stillness at the centre, is balanced, self-regulating and always whole.

The best and most beautiful things in the world cannot be seen or even touched. They must be felt with the heart.

The practitioners who work at the Torus Wellbeing Clinic follow the code of ethics for the association they are affiliated with including: